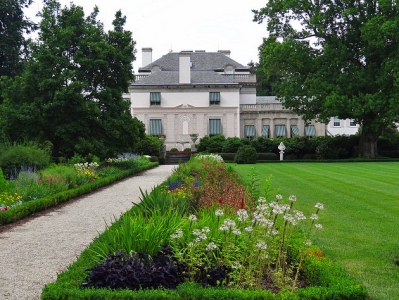 Delaware is one of the 50 states of the United States, located in the northeast of the country, neighbouring New Jersey and facing the Atlantic Ocean. It was the first state to sign the Constitution of the United States in 1787 (hence its motto “It’s good being first”). It is now considered one of the most attractive and advantageous offshore destinations in the world.

Delaware as an Offshore Centre

As a standard tax destination, Delaware allows no billing in Europe (risk of re-characterization) but may be a good way to get a permanent resident visa for the United States. Frequently used for the registration of boats, cars and real estate purchases, companies moving to Delaware are regulated by Common Law and the Delaware Corporation Law 1994 – 5.

Similar to a classic offshore company (IBC), the Limited Liability Company (LLC) is a company structure that has existed since 1991. An LLC has the same benefits as a traditional IBC and may be created by non-residents. This type of company has no shareholders and cannot engage in commercial activity in the United States or hire American workers. Profits made outside the borders of the country are not taxed.

Setting up an offshore company in Delaware is a good way to get a coveted green card, allowing you to live permanently and work in the United States. To become an American citizen, you must have had a green card for at least 5 years and make a naturalization application.

Once the required documents have been assembled and the fees paid, the company can be created in just two days. The various types of companies in Delaware are the same as throughout the country :

The state of Delaware has a sizable agricultural sector, especially livestock, and is one of the largest producers of poultry in the USA. Potatoes, fruit and fishing are also important sectors.

Delaware is especially well-known as a leading tax destination, due to a very advantageous tax system for both companies and individuals. Because of this 500 of the wealthiest people in the US and 43% of companies listed on the New York Stock Exchange are domiciled in the state.

The import of goods to Delaware must comply with the standards established by the United States, members of the WTO, the OECD, signatories to the Washington Convention, the Basel Convention, the Montreal Protocol and the International Coffee Agreement of 2001.

The import of goods to the United States is strictly monitored, as with passenger transport, and many products have specific requirements to meet. Dairy products are limited by quotas and require special licences, as do fruits and vegetables, while meat can only be imported into ports equipped with approved sanitary equipment. Manufactured products must in turn meet U.S. standards and electrical equipment must receive a security certificate from one of 2,700 municipal authorities.

Several embargoes have also been implemented by the country prohibiting the import of several products. American customs duties are some of the lowest in the world (average 3%).

The United States are the leaders in mass distribution and retail. The turnover of this sector exceeded USD 4,000 billion in 2009. American consumers lap up novelty and the American market can therefore be a good test for an innovative product. The distribution sector has a multitude of very different market leaders (supermarkets, specialised shops, etc.). The three major groups are Wal Mart, The Kroger Co, and Sears Roebuck & Co.

As with the country as a whole, the transport of goods in Delaware is highly developed, with automated and sophisticated ports, a dense road network and numerous rail tracks.

The statutory weekly working time in Delaware is 40 hours, with a minimum wage of 7.75 USD per hour and the retirement age is 60. Social insurance contributions are paid by the employer and the employee at a rate of 7.65%. Most of the unions in the United States are part of the American Federation of Labor and Congress of Industrial Organizations or Change to Win. These days fewer employees are becoming trade union members.