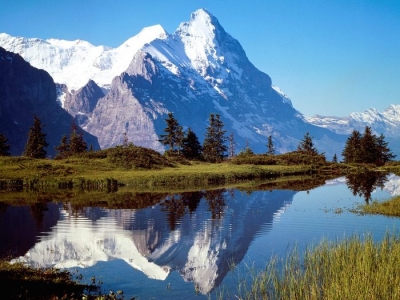 The Old Swiss Confederacy was an alliance among the valley communities of the central Alps. It was the foundation of the world’s most direct democracy and one of the most developed, modern countries.

Swiss banks are known to be some of the best, most reliable and stable financial institutions in the world. Being one of the main industries in Switzerland since its foundation, Swiss banks have a reputation for providing their clients with unmatched expertise and banking quality.

The Swiss mercenaries brought home wealth created via their contracts that helped begin Swiss banking in the eighteenth century, along with the riches of various merchants. Wegelin & Co. was established in 1741 and was the oldest bank in Switzerland until it restructured into a new bank in 2013. Hentsch & Cie and Lombard Odier are some of the oldest banks in Switzerland, founded in 1796 in Geneva, with The Pictet Group established in 1805 as a merchant bank. About one-third of all worldwide funds held outside their country of origin, commonly referred to as "offshore" funds, are kept in Switzerland.

There are 327 authorized banks and securities dealers in Switzerland. Banking in Switzerland is regulated by the Swiss Financial Market Supervisory Authority (FINMA).

Switzerland's tradition of bank secrecy dates to the Middle Ages. Swiss neutrality and national sovereignty, long recognized by foreign nations, have fostered a stable environment in which the banking sector was able to develop and thrive. Switzerland has maintained neutrality through both World Wars, is not a member of the European Union, and was not a member of the United Nations until 2002.

The Swiss Financial Market Supervisory Authority (FINMA) supervises most banking-related activities as well as securities markets and investment funds. The Swiss Financial Market Supervision Act (FINMASA) and Article 98 of the Swiss Federal Constitution give FINMA its authority. The Swiss Federal Assembly passed the Federal Act on Banks and Savings Banks in 1934. It is widely beleived that secrecy provisions of the 1934 bill were added due to the attempt by Nazi Germany to investigate the assets of "enemies of the state" held in Switzerland.

The Banking Law of 1934 makes it a criminal act for a Swiss bank to reveal the name of an account holder. The privacy of bank clients is protected under this law, which is rather similar in nature to the confidentiality protections between doctors and patients or lawyers and their clients. The Swiss government views the right to privacy as a fundamental principle that should be protected by all democratic countries. While privacy is protected, a Swiss prosecutor or judge is entitled to issue an order to grant law enforcement access to information relevant to a criminal investigation.

Swiss Interbank Clearing (SIC) is the electronic payments system used by Swiss banks. The Swiss National Bank supervises the system, which is operated via a joint venture. SIC handles over 200-250 million transactions every year, with a turnover value of 40-45 trillion CHF.

SFM has a relationship with an extensive network of private and major banks in Switzerland. All of the banks we refer our customers to offer a full international banking platform, with multi-currency accounts (£, € & $) as well with online banking and debit/credit cards. Switzerland is also one of the few countries that offer “anonymous cards” (also referred to as Travel Cash Cards) for both corporate as well as private bank accounts.

Once your order has been completed, you will be assigned a dedicated account manager that will guide you through the bank account opening procedure. Then, we will carefully select with you a bank from one of our leading partners, that perfectly fits your requirements like a tailored suit.