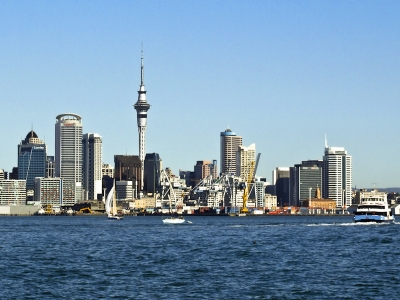 New Zealand is an island country in the southwestern part of the Pacific Ocean. The country is split between two main land masses and many small islands. It is considered a remote region of the world, and remained isolated from human colonization longer than any other region, other than the Arctic and Antarctic. The most populous city is Aukland.

Due to its remoteness from the rest of the world, New Zealand was one of the last major landmasses settled by human beings. Other than the native Maori populations, 1642 saw the first Westerners reach New Zealand. These were the Dutch explorer Abel Tasman and his crew. The next Europeans to visit the island were James Cook, who mapped the entire coastline successfully.

Following, many European and North American trading ships visited New Zealand, trading food, metal, tools, and weapons, for timber, food, water and artifacts with the native Maori population. Shortly after, New Zealand was declared a British colony. In 1856 the colony effectively became self-governing, gaining responsibility over all domestic matters other than native policy.

King Edward VII proclaimed New Zealand a dominion within the British Empire in 1907. Furthermore, New Zealand effectively adopted the Statute of Westminster in 1947. This meant that the British parliament could no longer legislate for New Zealand without the consent of New Zealand itself.

As an offshore financial centre, New Zealand enjoys a stable, confidential and high quality banking system, regulated by The Reserve Bank of New Zealand. The Reserve Bank registers and supervises banks. The Bank is also one of three supervisors tasked with ensuring firms meet stability and quality obligations across the board. The territory is not part of the European Union and not directly subject to EU law.

New Zealand is one of the safest places to consider when investing abroad. The country has stable political and economic systems, and very confidential banking standards. There are considerable offshore services and advantages, yet has kept a very positive image worldwide. The assets placed in New Zealand are very strongly protected by New Zealand laws. New Zealand is ranked at 48th position on the Financial Secrecy Index in 2014. New Zealand’s popularity is often ascribed to it being regarded as a very stable and secure centre for depositing assets. Furthermore, due to its secrecy and high quality banking infrastructure, it is growing as a preferred banking region for businesses and individuals worldwide.

New Zealand is a member of the Society for Worldwide Interbank Financial Telecommunication (SWIFT). The SWIFT network is the safest and most secure system for financial transactions worldwide.

SFM has a relationship with an extensive network of private and major banks in New Zealand. All of the banks we refer our customers to offer a full international banking platform, with multi-currency accounts (£, € & $) as well with online banking and debit/credit cards.