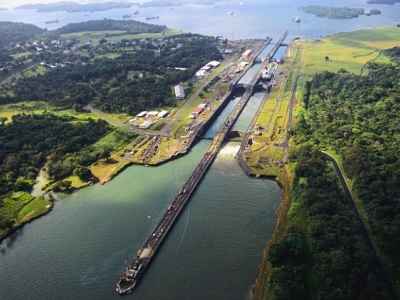 The Republic of Panama is the southernmost country of Central America. Revenue from canal tolls continue to represent a significant portion of Panama's GDP, although commerce, banking, and tourism are major and growing sectors. Panama has the second largest economy in Central America and is also the fastest growing economy and largest per capita consumer in Central America.

Panama's economy has been among the fastest growing and best managed in Latin America. Having a long history as an offshore banking center, Panama is considered to be the financial « heart » of all of South and Central America. Panama banks are globally respected for their confidentiality and stability.

In the 16th century, the Spanish Empire conquered the native tribes of Panama. Rodrigo de Bastidas, sailing westward from Venezuela in 1501 in search of gold, was the first European to explore Panama. Subsequently Panama was under Spanish rule for 300 years. In 1671, the privateer Henry Morgan, licensed by the English government, sacked and burned the city of Panama. In 1744, Bishop Francisco Javier de Luna Victoria DeCastro established the College of San Ignacio de Loyola and on June 3, 1749 founded La Real y Pontificia Universidad de San Javier. By this time, however, Panama's importance and influence had become insignificant as Spain's power dwindled in Europe and advances in navigation technique increasingly permitted to round Cape Horn in order to reach the Pacific. In the first eighty years following independence from Spain, Panama was a department of Colombia, since voluntarily becoming part of it at the end of 1821. The people of the isthmus made several attempts to secede and came close to success in 1831, and again during the Thousand Days' War of 1899–1902. When the Senate of Colombia rejected the Hay–Herrán Treaty, the United States decided to support the Panamanian independence movement. In November 1903 Panama proclaimed its independence. Today, Panama is regarded as the financial centre of Latin America and one of the major financial centres of the world.

Panama has over 220 commercial banks, 37 authorized custodians, and numerous licensed money service businesses. The National Banking Commission is the regulator of banking activity in Panama, governed by the law of “Superintendencia de Bancos Panamá”. Panama is widely regarded as one of the leading financial centres of the world. The banking industry in Panama is seen as being one of the most stable, secure and high quality banking jurisdictions world-wide.

The National Banking Commission of Panama is responsible for all regulatory oversight in Panama. Various departments of the NBC hold various regulatory mandates to oversee the activities of domestic banks, foreign banks as well as financial services firms and other financial institutions. The Superintendencia de Bancos Panamá supervises Treasury Operations, Accounts and Management Information, and Foreign Exchange transactions. The political landscape is dominated by two major parties and many smaller parties, many of which are driven by individual leaders more than ideologies.. The United States cooperates with the Panamanian government in promoting economic, political, security, and social development through U.S. and international agencies. Cultural ties between the two countries are strong, and many Panamanians come to the United States for higher education and advanced training.

Panama is ranked at 11th position on the 2014 Financial Secrecy Index, which places it towards the higher end of the secrecy scale. Panama accounts for over 5% per cent of the global market for offshore financial services, making it a rather large player amongst secrecy jurisdictions, with a high potential for further growth due to stability and quality of banking services. As one of the leading banking jurisdictions worldwide, regarded as one of the most stable for making deposits or holding assets, Panama is playing a full-fledged part in the modern international financial community.

Panama is a member of the Society for Worldwide Interbank Financial Telecommunication (SWIFT). The SWIFT network is the safest and most secure system for financial transactions worldwide.

SFM has a relationship with an extensive network of private and major banks in Panama. All of the banks we refer our customers to offer a full international banking platform, with multi-currency accounts (£, € & $) as well with online banking and debit/credit cards. Please note that your physical presence will be required for the account opening procedure.