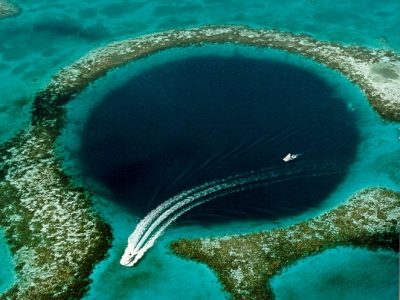 Belize is a nation-state on the eastern coast of Central America. It is the only country in Central America whose official language is English. Belize has a diverse society, composed of many cultures and languages that reflect its rich history. Belize has a privatised enterprise economy that is based primarily on petroleum and crude oil, banking, agriculture, and merchandising.

Belize was first discovered and colonized by the Maya civilisation three millennia ago, who lived in the lowland area of the Yucatán Peninsula. A limitless collection of languages and subcultures developed within the Maya civilization, among them was the birth of a sophisticated banking culture, in which clients could deposit their gold or valuables into a safe location, and bankers would lend to merchants and traders at an interest rate. Belize was declared as a Spanish colony by the Spanish conquistadors but could not settle there, due to its lack of resources and the strong defence, as well as abundance of gold of the the Mayans. In the 17th and 18th century a trade colony was created in Belize by Pirates, English and Scottish settlers. They established a logwood, slave economy and port known as the Belize District. In the early 19th century, the British Empire took over Belize as one of its Crown Colonies. In 1964 a new constitution was created and Britain granted British Honduras self-government, and in 1973 it was officially renamed Belize.

There are about 57 authorized banks and securities dealers in Belize. Banking in Belize is regulated by the Central Bank of Belize.

A comprehensive regulatory framework governs the supervision and regulation of banks, credit unions and other financial service institutions In Belize’s broad financial system.

The regulatory framework provides the legal premise that enables licensees to efficiently and prudently execute their roles and functions in the best interest of all stakeholders. The major legislations under which financial institutions are regulated and public consultations also contribute to greater regulatory transparency (direct quote from Central Bank of Belize).

Belize is ranked at 52nd position on the 2013 Financial Secrecy Index. Belize has been assessed with 80 secrecy points out of a potential 100, which places it towards the top end of the secrecy scale. Belize only accounts for less than 1 per cent of the global offshore financial services market. This makes it a very small market, and more secure place to deposit money is complete confidentiality. Belize does not disclose or prevent trusts and private foundations, does not maintain company ownership details in official records, and does not curtail banking secrecy. Belize has laws in place guaranteeing confidentiality of account holders and corporate entities. While privacy is protected, a prosecutor or judge is entitled to issue an order to grant law enforcement access to information relevant to a criminal investigation.

Belize is a member of the Society for Worldwide Interbank Financial Telecommunication (SWIFT). The SWIFT network is the safest and most secure system for financial transactions worldwide.

SFM has a relationship with an extensive network of private and major banks in Belize. All of the banks we refer our customers to offer a full international banking platform, with multi-currency accounts (£, € & $) as well with online banking and debit/credit cards, for both corporate as well as private bank accounts.

Once your order has been completed, you will be assigned a dedicated account manager that will guide you through the bank account opening procedure. Then, we will carefully select with you a bank from one of our leading partners, which perfectly fits your requirements like a tailored suit.