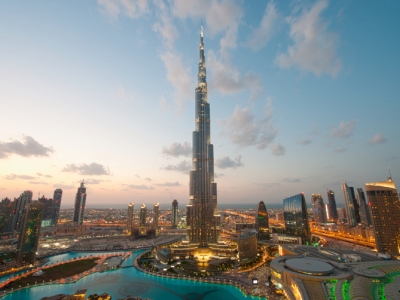 Dubai enjoys a central location between Europe, Africa and Asia, making it as a prime business destination for a variety of sectors. It is one of the safest cities in the world. Dubai is well serviced by international and local financial institutions and is a leading commercial center with a state-of-the-art infrastructure and outstanding business environment.

Dubai’s highly regulated environment adheres to international best practices, while operating with zero personal and corporate tax rates, as well as 100% capital repatriation with no currency restrictions. This type of financial freedom is seldom found in such a highly developed business environment. Banks in Dubai are well known as being some of the leading financial institutions in the world, providing not only stability and excellent quality, but also complete confidentiality.

Dubai is regarded as the most populous city in the United Arab Emirates. It is seen as a truly “global” city, and is the main business hub of the Middle East as well as South Asia. The first proof of human settlement in Dubai is around 7,000 BC. At various sites around the city, ancient settlements have been discovered that date back to these times. Also, pre-Islamic ceramics have been found from the 3rd and 4th centuries. Dubai as a city was first mentioned in 1095 in a book called “Book of Geography”, written by the geographer Abu Abdullah al-Bakri. Mainly a fishing village during the pre-oil times of its history, Dubai was home to Nomad fishers and was generally regarded as “poor”.

This all changed during the oil boom. During the 1960’s, large finds of abundant oil fields in both Dubai and Abu Dhabi were discovered. Between 1960 and 1980, the city's population grew by over 600%. Massive infrastructural developments were fuelled by the abundant oil funds flowing into state accounts, giving birth to the mega-city we know Dubai to be today. Oil revenues were used to develop other industries such as finance, trading, and banking. These development have successfully diversified the economy into a multi-faceted powerhouse, generating a GDP valued over USD 100 billion per annum. It is regarded as one of the fastest glowing and most stable economies in the world.

Dubai has over 50 commercial banks, 29 authorized custodians, and numerous licensed money service businesses. The Dubai Financial Services Authority and Central Bank of the United Arab Emirates are the financial services regulators in Dubai.

Various departments of the Central Bank of the United Arab Emirates and the Dubai Financial Services Authority are responsible for regulatory oversight of the banking industry in the UAE. The scope of these regulatory mandates include domestic banks, foreign banks located in the UAE as well as finance house and other financial institutions, including financial advisory practices. They also supervise Treasury Operations, Accounts and Management Information, Capital Markets, Money Markets and Foreign Exchange, Certificates of Deposit, and Back Office Settlements.

Dubai is ranked at 16th position on the 2014 Financial Secrecy Index, which places it towards the top end of the secrecy scale. Dubai accounts for a large portion of the global market for offshore financial services, making it a medium sized player amongst secrecy jurisdictions, with a very high potential for further growth. About two thirds of the UAE’s income was non-oil related by the 1990’s and around the same time Dubai grew to become the largest free-trade zone in the world, from Europe to Singapore. It is estimated that in 2014 Dubai held over $700 billion in assets and deposits because of tight secrecy. Dubai does not disclose or prevent trusts and private foundations, does not maintain company ownership details on public record, nor require that company ownership details or financial information are publicly available online. Dubai is one of the leading banking jurisdictions worldwide, regarded as the most stable and confidential centre for making deposits or holding assets while playing a full-fledged part in the modern international financial community.

Dubai is a member of the Society for Worldwide Interbank Financial Telecommunication (SWIFT). The SWIFT network is the safest and most secure system for financial transactions worldwide.

SFM has a relationship with an extensive network of private and major banks in Dubai. All of the banks we refer our customers to offer a full international banking platform, with multi-currency accounts (£, € & $) as well with online banking and debit/credit cards. Please note that your physical presence will be required for the account opening procedure.