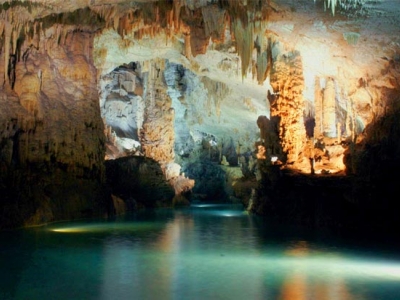 The Lebanese Republic is a western Asian country, bordered by Syria and Israel. It is a country that is well known for its history of religious and ethnic diversity, which dates back to the third millennium BC. Lebanon gained its independence from France in 1941.

Lebanon is well known for its excellent confidentiality and top quality private banking system. Lebanon is not a member of OECD and did not sign any agreements for information exchange with any country whatsoever.

The earliest evidence of Lebanese civilization dates back more than seven thousand years. Lebanon was the home of the Phoenicians, was rules by the Roman Empire, and eventually came to be ruled by the Ottoman Empire, after falling under the rule of France. Lebanon is an independent country since 1941.

Lebanon’s economy follows a laissez-faire model, with a big part of its economy being dollarized. The Lebanese economy grew 8% in 2008 and 9% in 2009 despite the global recession. The economy is made up of financial services, commodities trading agriculture, and small business. The commodities market in Lebanon includes substantial gold coin production.

As a well-known offshore financial centre among those in-the-know, Lebanon enjoys one of the more prosperous economies of the region, with annual GDP growth consistently close to double digit percentages. The territory is not part of the OECD, the European Union and not subject to any information exchange law. The Banque du Liban (B.D.L.) is the Territory's single financial services Regulator.

In 2015 it was once again confirmed by the Lebanese government and the central bank, that Lebanon will not abandon its banking secrecy law and will not cooperate with any nations in the exchange of information, but will fight against money laundering by its own laws. The IMF estimated in 2015 that Lebanon holds hundreds of billions USD in assets and deposits because of tight secrecy. Due to its secrecy and high quality banking infrastructure, it is a favoured location to hold bank accounts for businesses and individuals worldwide.

Lebanon is a member of the Society for Worldwide Interbank Financial Telecommunication (SWIFT). The SWIFT network is the safest and most secure system for financial transactions worldwide.

SFM has a relationship with an extensive network of private and major banks in Lebanon. All of the banks we refer our customers to offer a full international banking platform, with multi-currency accounts (£, € & $) as well with online banking and debit/credit cards.